Hi, my name is Kari Mana, born in Argentina (South America). I´m a singer, guitarist, songwriter, and my current band is called SIVA, a name taken from the Smashing Pumpkins song, so you can gather where I come from. I have a long history in music, but I´ll try to make it short! I was originally a drummer in the early ’90s, playing in rock bands in my hometown of Córdoba. Then I moved for work to Hong Kong in the late ’90s, where I switched to singing in a few cover bands and then started playing guitar as well. I also lived shortly in Melbourne, Australia, where the Hyperstatic history began, my main band for about 16 years. I moved back home in 2001. I guess since guitar was the first instrument I learned to play when I was around ten years old, this felt like somehow going back to that, but adding the songwriting element, which became an essential part of my music career. I´m also a music producer; I work with rock, indie bands, and solo artists in a studio in my hometown, and I love my job.

As a guitarist, I am mainly influenced by creative, melodic players; I´m not really into a guitar solo for the sake of it; it has to communicate something. That´s why I love inventive and unique guitarists with a sense of melody like Dave Navarro (Jane´s Addiction) and Billy Corgan. Female guitarists with a straight-up indie sound like Juliana Hatfield, Liz Phair, and Veruca Salt have always been the basis of my approach to songwriting with a guitar. I can also count as a big influence on my tone and playing, artists as diverse as PJ Harvey, Pixies, Chrissie Hynde, R.E.M., and Weezer.

What is your definition of tone, and how has it changed over the years?
I think guitar tone has so much to do with your playing that no one can copy or match that, no matter how hard they try. In my case, since I´m mainly a rhythm guitarist, I try to keep it clear and beefy, balance the low-end with mids, so the notes reach clearly every corner of the room, and just let the strings ring out as naturally as they can…if that makes any sense! Playing a Tele thru a valve amp has been my main tone, and it hasn´t changed much, except for maybe the fact that I´ve gotten better at adjusting it on live gigs in all kinds of venues.

Which guitars, amps, and pedals are you currently using and why?
I´m a Telecaster fan, so much so that since I started playing live guitar (As I said, I was formerly a drummer), I´ve been exclusively playing Teles; they feel just so comfortable and easy to play. You can use them on any style of music. Also, you can rely on them staying in tune for most of the gig!

I have two guitars, the main one I use for recording and playing big gigs is a reissue of a ´72 Custom Fender Tele, Japan-made built in ´96. It´s got a great Humbucker pickup, which is one of the main features of my sound.

I have an Acoustic Model 160 amp (made in Van Nuys, CA in 1978, as far as I know), which is a huge sounding clean valve amp with a warm low-end sound that I love. I play through a custom-built cab with 2×12 Eminence speakers. For recording, I also use an Orange Crush Pro 120 amp.

As for pedals, I´m pretty simple since I need to stay focused on playing and singing at the same time; I can´t be stomping on a complicated set-up. I use a Graphic EQ as a booster, and a few distortion BOSS and Marshall pedals. My favorite is the classic Blues Driver, which actually sounds very alt-rock to me, a very grungy-sounding Crunch fx that works great on both recording and live gigs.

Are there certain recording techniques you prefer in the studio?
Since I mainly work with rock bands, I always try to use amp distortion instead of pedals for tracking the basics of the entire song. As for digital pedalboards, it’s always a NO on my part, sorry! When I record bands, I always try to avoid that since the tone coming in through the mics into your DAW is what ultimately dictates the recorded audio. You can´t replace the actual warm valves audio thru a 2×12 speaker with anything, in my opinion. So, I always make a couple runs through the whole song, doubling rhythm guitars, so you have the basics to build on top, with the rest of the overdubs. Same goes when I record with SIVA.

How do you keep your sound consistent onstage?
I try to always bring my own amp; it´s as much a part of my tone as my guitars. And of course, I always use the same pedalboard, no surprises other than minor EQ tweaks depending on the room.

In a festival situation, where you have to struggle with the live mix, not having a soundcheck, or the PA engineer (who probably can´t be bothered to wait for you to switch gear on stage), it´s very important to at least be able to use my own amp. I can´t tell you how many times I had to make use of my “aging rocker” attitude to make sure they understand I won´t be playing any other way and that “any small 50w combo” just won´t do.

What does your practice consist of?
I guess it mostly is band practice with SIVA; we try to keep it regularly to learn new songs and always run through the whole set. Good for vocals too, and remembering the lyrics!
The other practice I get is when I have to write songs on my studio job and also sometimes record guitars for some of the artists I produce. It´s great because it somehow forces me to get out of my usual go-to playing tricks and learn new arrangements…even new chords!

Favorite guitar riff or lick that inspired you to play guitar?
So many! It´s funny because I grew up listening to rock/pop since the mid-’80s, and then I moved on to grunge and indie, alt-rock, a whole different beast. But back then, you had all these great bands and songs, which are basically the foundation of a lot you hear as “new music” these days.

So in spite of not being a huge Van Halen fan, I remember distinctly listening on the radio to the outro of “Jump,” where EVH plays the palm-muted riff over those huge keyboards…and falling in love with it! It wasn´t the fiery guitar solos; it was that small detail that got to me. I wanted to be able to make sounds like that.

Same happened with Def Leppard´s “Photograph,” a band that was passed on to me by my older sister. Those intro guitar chords, the way they are built, are so catchy you can sing-along to them. I still love that feeling, in any genre.

What is your advice for young women who hope to work in the music industry?
I think mostly, listen to a lot of music. Also, go back and listen to classic rock/pop as much as you can. The Beatles obviously left a blueprint for most music genres; look into their catalog. Don´t just stick to new artists because you could be missing out on great inspiration.

And then, make your own path. If you´re a songwriter, try writing new ideas every day; you never know when a good one will stick amongst the discarded ones. Also, those in the trash folder will probably find a way back later on for a different song.
Finally, in a live gig situation, lose yourself in the music and connect with your band and audience…worry about your everyday problems tomorrow. It sounds cheesy, but you´ll regret it later if you´re not enjoying those 45 minutes at 100%. 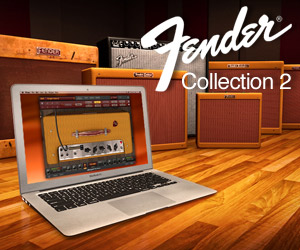 How to Play New Shapes on Guitar

The Great Necks – Impressions of Spain

Talking with CARR about Her New EP, ‘TV...