Q: What guitar projects are you focusing on while in quarantine?

Lauren Strange — Guest Picker
A: I recently released a new single called “The Solution” and will be releasing another song from my debut album soon. I’ve been writing almost every day, mostly focusing on songs for a new side project with my friend Riley Haynie (of Righteous Vendetta and Deathwish 406). I’ve also been spending quality time with my Supro Bowie Edition Dual Tone—I’m obsessed with the versatility and tone of its Vistatone pickups. Another thing I’ve been experimenting with is taking heavily layered pop songs like MUNA’s “Stayaway” and stripping them down to just guitar and vocals to examine the song’s structure and guitar parts.

Current obsession: Australian indie and garage-rock bands like Press Club, Violent Soho, DZ Deathrays, WAAX, and Tired Lion. There’s a sort of grunge revival happening in Australia that’s really exciting to watch. It reminds me of when mainstream rock in the U.S. was dominated by bands like Nirvana, Smashing Pumpkins, Soundgarden, and Hole. It’s refreshing to hear new bands that still pay homage to the grunge era with their sound because that’s also where my heart is musically as a songwriter and guitar player. 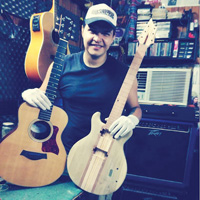 Alejandro Astorga — Reader of the Month
A: I made a Jazzmaster copy with hardware and wood stock from my shop. I’m a literature teacher and a luthier in Chaco, Argentina. I was having hard days in quarantine, depression and anxiety, and then the idea of making a Jazzmaster became real.

It took me 15 days to make it, all by hand. We have plenty of beautiful tonewoods here. I used Parana pine in the body (two pieces), the neck is made from guatambú (similar to maple’s tone, but even brighter), and the fretboard is classic rosewood. The electronics are Alpha and the pups are Wilkinson alnico V.

Current obsession: Do the best job with the cheapest tools I have. I’ve always been obsessed with creating pristine sounds like my favorite artists (Tool, Nirvana, Killing Joke, Helmet, Silverchair, Failure, Hum), but with the things I could create. I’ve never had the money to buy the gear my heroes use, but, nonetheless, I always tried to make guitars, pedals, and amplifiers that sound as powerful and clear as the albums I heard since I was a kid. Argentina is a poor country with high-level artisans, luthiers, and musicians. We try to make the best of a little or nothing.

Shawn Hammond — Chief Content Officer
A: I’ve refocused on arranging, tracking bass and vocals (in addition to guitar), and honing recording, editing, and mixing chops, while my drummer delved into creating beats with computer-based kits. I still prefer having a studio whiz do the final touches, but the experience has prodded us to invest in gear that’ll save us time and money by letting us capture quality live tracks together at home. 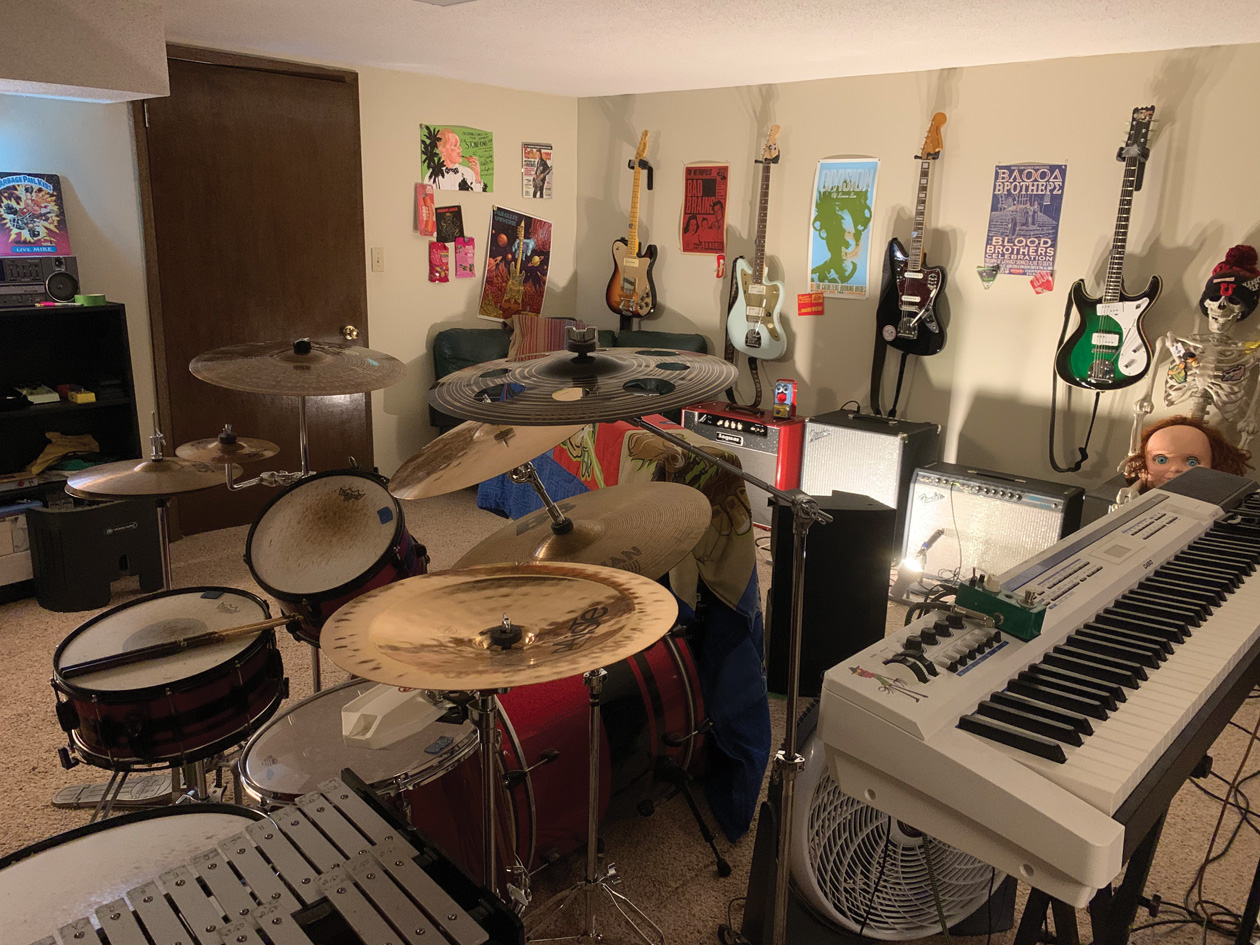 Current obsession: Getting drum mics and an interface with enough quality preamps to record drums and amps simultaneously. 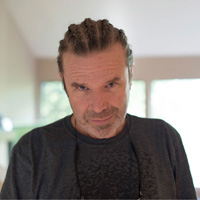 Rich Osweiler — Associate Editor
A: Until a couple months ago, I had never played around with Nashville tuning before. Now, my Larrivee P-01’s new zingy sounds have been both a creative spark and a fun way to strum around with my 10-year-old daughter, who’s just starting out. I’m not a guitar teacher, but teaching her has been an unexpected project that’s a ton more satisfying than the math duties I’ve also taken on.

Current obsession: The New Abnormal from the Strokes. I loved the band’s first record all those years ago but wasn’t such a fan of their stuff that followed—until now.

A previously unheard Rolling Stones/Jimmy Page collaboration has been unearthed

Richard Fortus dishes on the many guitarists who...

The greatest Guitar World magazine covers of all...

The Fine Art of Layering Guitars

Bibi McGill: “Every night before I went on...